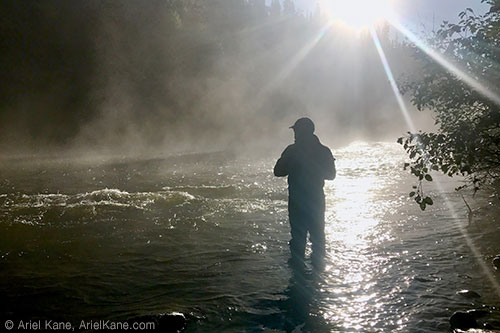 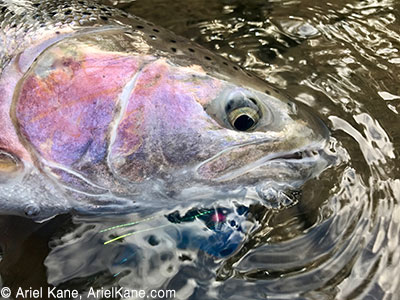 It was changeover day at the fishing lodge. This is the day where one group of anglers departs and the new group arrives and settles in, in preparation for their week of fishing. Shya and I had just arrived at the Babine River in British Columbia for a long awaited trip to fish for steelhead, a type of ocean going rainbow trout. These powerful fish swim out to sea for several years and then eventually return to the river to spawn as bright chrome and pink colored beauties. When fortunate, a fish can make this journey multiple times over the course of his or her lifetime.

This was our third trip to the Babine River. The river and the lodge itself are highly prized by anglers as one of the “go to” destinations and it can be hard to get a spot. We felt fortunate to have reserved a place and had planned our calendar a year in advance to make time for this trip.

Shya and I had been away from the office for a couple of weeks by the time we arrived at the lodge and I was prepared to catch up on emails so that my week would be free of distractions and I could drop off the grid while I enjoyed the river and nature, fish and the call of the wild. But when I left our cabin and brought my laptop to the lodge I discovered that the Internet was not working and neither was my computer. With my intentions thwarted, I headed back to my room and while restless at first, I settled down and did something odd. I napped.

That night it rained – hard. In the morning I awoke with a headache, feeling nauseous, but my time on the Babine was limited so I was determined to get out in that river and fish. After breakfast and coffee, we geared up in waders, boots and rain jackets and headed out with our guide by boat to our spot on the river. I gamely waded in and began to fish.

Lovely, sweeping arcing casts – each one longer than the last as I put my fly out into the water in search of a steelhead or even a salmon. Out I would cast and the river’s flow would swing the fly down river, I’d retrieve the line, take a few steps and cast again. The color of the water was cloudy, which basically made being out there a casting exercise because in order to try to eat a fly, the fish needs to be able to see it first. Within a couple of hours, the water level had come up appreciably as streams and rivulets up river had emptied into the flow along with the rain that had resumed a steady downpour. Before long, sticks and logs began floating by and the water’s visibility had shrunk to a couple of inches. If I wanted to catch a fish that day, I would literally have to hit it on the nose with my fly. Calling it a wash – literally and figuratively – we headed back to the lodge.

Before long all of the other anglers returned as well. There was a general feeling of disgruntlement as we had apparently all been thwarted on our fishing adventure. But I was secretly relieved. I needed rest. It seems that life was supporting me after all. I couldn’t fish. I couldn’t work on my computer. Perhaps I could do something novel, like sleep. 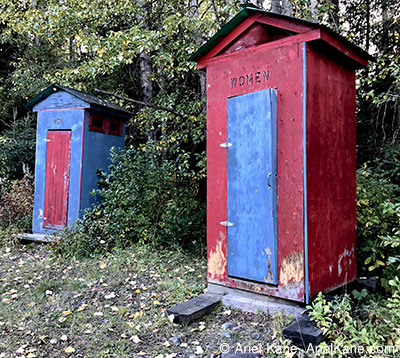 The next day dawned foggy and the river was still brown and muddy and much too murky for the fish to see a fly. Rather than have a whole lodge full of upset anglers, the outfitter set up a trip upriver, to Babine Lake that was supposed to hold some steelhead, some smaller trout and was purported to be gin clear. It seemed that most everyone was resigned to make the best of a “bad” situation. But Shya and I were happy to take the trip. An hour up river we rode to the weir, a small dam where the lake emptied and the river began. Then the boats had to each be put on a trailer and taken a short distance to be launched once again in the lake. This took some time but for me it was a delight to wander around and snap pictures – including shots of the colorful outhouses, too. 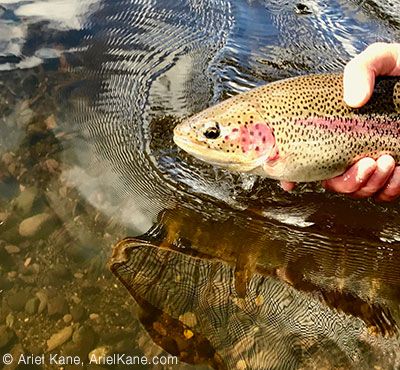 Although I didn’t catch any “trophy” fish that day, I had the honor to look down through the oh-so-clear water to the gravel beds to see the bright red Coho salmon and other fish on their spawning grounds. I saw many juvenile bald eagles resting in the trees. I saw light reflected on the water, glistening diamonds or row upon row of ever expanding waves cast off from the wake of the boat ahead of us.

I am an accomplished fisher and Spey caster. I am accomplished at work as well. But sometimes life apparently thwarts these desires when really it is supporting my overall well-being. Sometimes life encourages me to slow down and rest, to be, to see, to feel. I am grateful to recognize that any sour complaints of being thwarted are washed away by the sweetness of the moment when I recognize that life is supporting me instead. 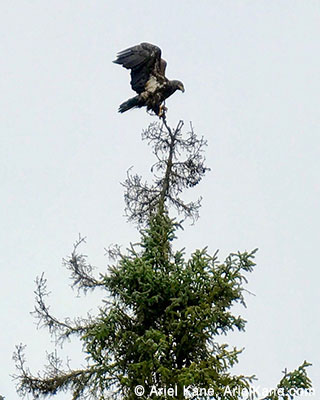 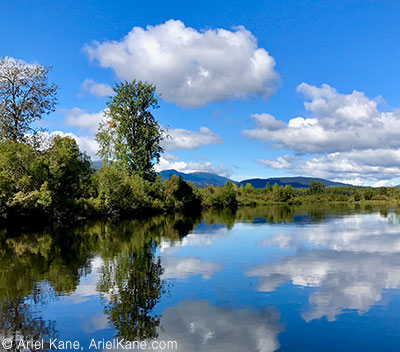 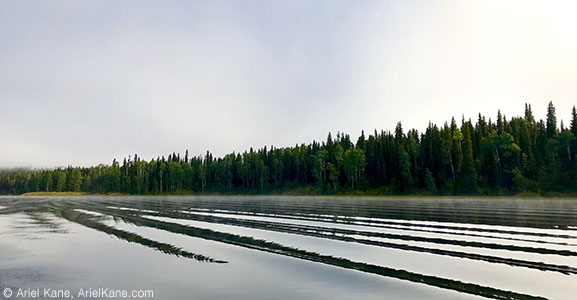